Shopping Cart
Your Cart is Empty
Quantity:
Subtotal
Taxes
Shipping
Total
There was an error with PayPalClick here to try again

Thank you for your business!You should be receiving an order confirmation from Paypal shortly.Exit Shopping Cart

Most notable recent performances include:

erhu specialist, Rong Jun for the Opening Gala Concert of the

films; Space Buddies and Super Buddies as well as on the soundtrack

of the new Canadian tourist attraction; Fly over Canada.

"Music gives soul to the universe, wings to the mind, flight to the imagination, and charm and gaiety to life and to everything." Plato

For more audio/video samples, follow this link to harpconcert.com 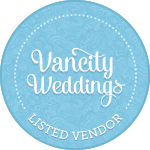 Dymond in 1996 as part of a university

chamber ensemble and the two have

appeared together for recitals, concerts and

events since that time. Most recently, the

Concerto with Sinfonia, Orchestra of the

Lani’s professional orchestral career began as Principal Harpist with the

Okanagan Symphony Orchestra. She is currently Principal Harpist with the

Vancouver Island Symphony and an extra with the Victoria Symphony, the

Lani also performs with choral, opera and chamber ensembles such as,

Lani has premiered a number of works by Canadian composers, including

were both dedicated to Lani and Jin Zhang’s works for Erhu and Harp.

top 40 and jazz as well as classical, romantic and baroque. Lani works

regularly as a freelance entertainer for dinner parties, conventions, receptions

and house concerts. Lani has also played for hundreds of wedding